6 Steps of the Yoni Puja: The Worship of the Feminine Essence 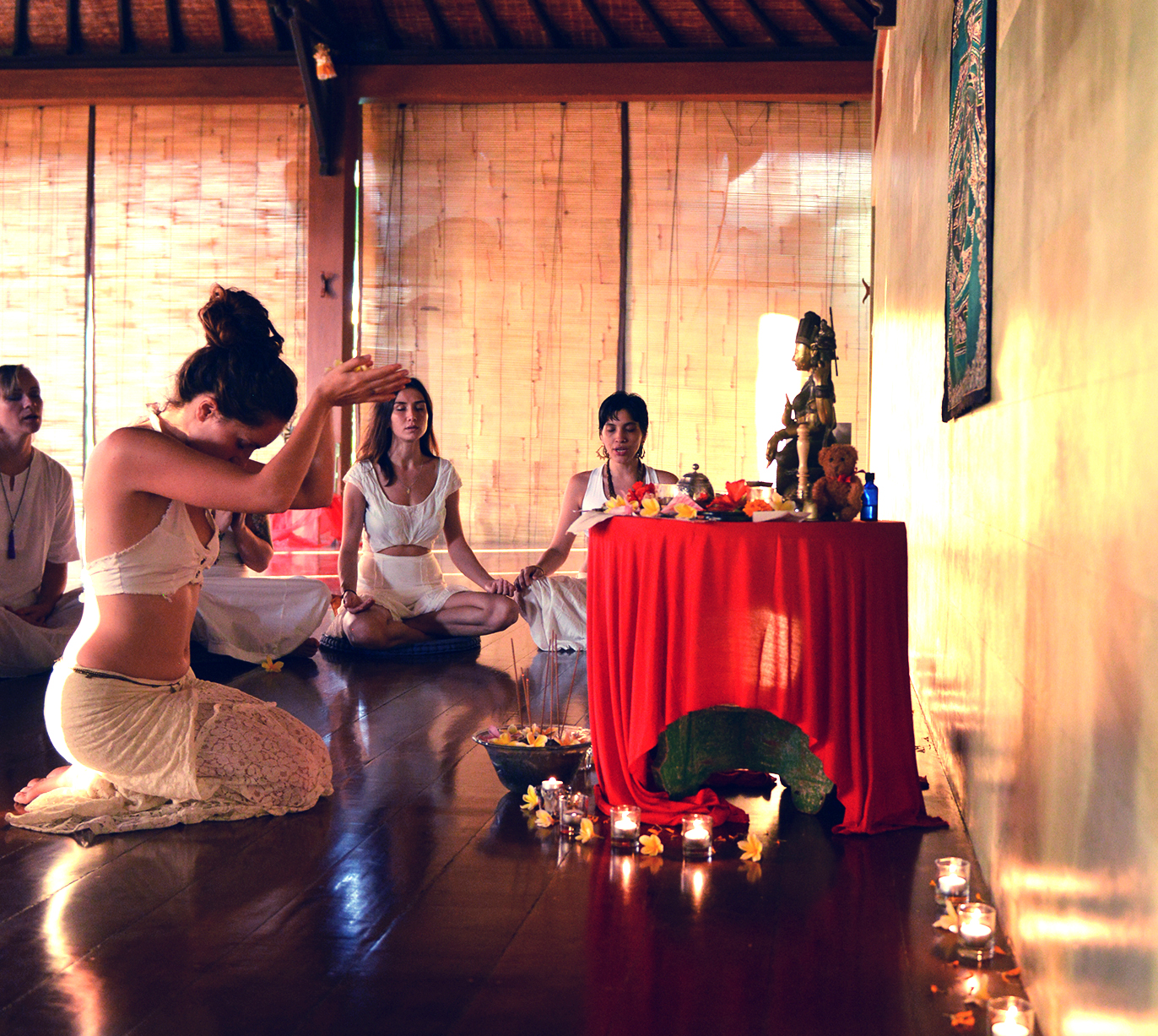 What does the word yoni mean?

Yoni is translated from Sanskrit as the sacred temple. And it refers to the female genitalia, vulva.
Our pussies have been called so many different names: “down there”, “pipi”, “hole”, “cockpocket”, “hairy mussel”, “goodies”, “honey pot”, “kitty”…
I bet you will agree that none of it really expresses the magic, power and sacredness that is within the most feminine part of the female body.

What is yoni, really?

Yoni is a portal to life.
It is a place from where all life originated. It is a cosmic gate through which we all came here. It is the most feminine part of our body. The most receptive, the most sensitive… So if we want to establish a deep connection with the feminine, yoni is the place where we should start.
In Taoist love poetry such terms as “golden lotus”, “gates of paradise”, “precious pearl”, “treasure” are used to describe the yoni…

And what is yoni puja?

A yoni puja is a sacred tantric ritual during which the yoni is worshipped. We express adoration for the feminine principle, we express our complete love and appreciation of the feminine essence in all her forms.
This ritual originated in India, thousands of years ago. There are many various forms in which this ritual can be performed.
An important prerequisite for worshipping the yoni is the purification of the mind from worldly ideas about yoni, of the shame and guilt most of us carry.
With the yoni puja we express reverence in front of the mystery of the Universe, of Shakti, the divine mother.
The ritual can be performed on a symbol: a sculpture or an object representing a yoni… or on a yoni in her living form.
A yoni puja can be an incredible gift that you can offer to your female partner or friend. A woman can also perform a yoni puja for herself.
It is extremely powerful to perform it on a real yoni. But if you are not comfortable with it, or the circumstances are not appropriate for whatever reason, performing on a symbol is also very beautiful.
As a symbol we can use a yoni-shaped crystal, a shell or even a papaya cut in half.
There are specific phases that are traditionally included in the the yoni puja, which I am not going to share here because it is an extremely esoteric body of knowledge that may be misused by someone who is not capable of holding the sacredness of this profound ritual.
I encourage you to experiment with creating your own ritual in a way that speaks to your heart.

And here are some suggestions.

It is very important to keep the attitude of love and devotion towards the Shakti, the Mother in all her forms throughout the entire ritual.
P.S.In my Tantra online course I offer a full esoteric transmission and step by step guidance of Yoni and Lingam Puja.
And an extra bonus – Yoni and Lingam Massage!
This information is not available anywhere else on the internet.
Check out my course here.